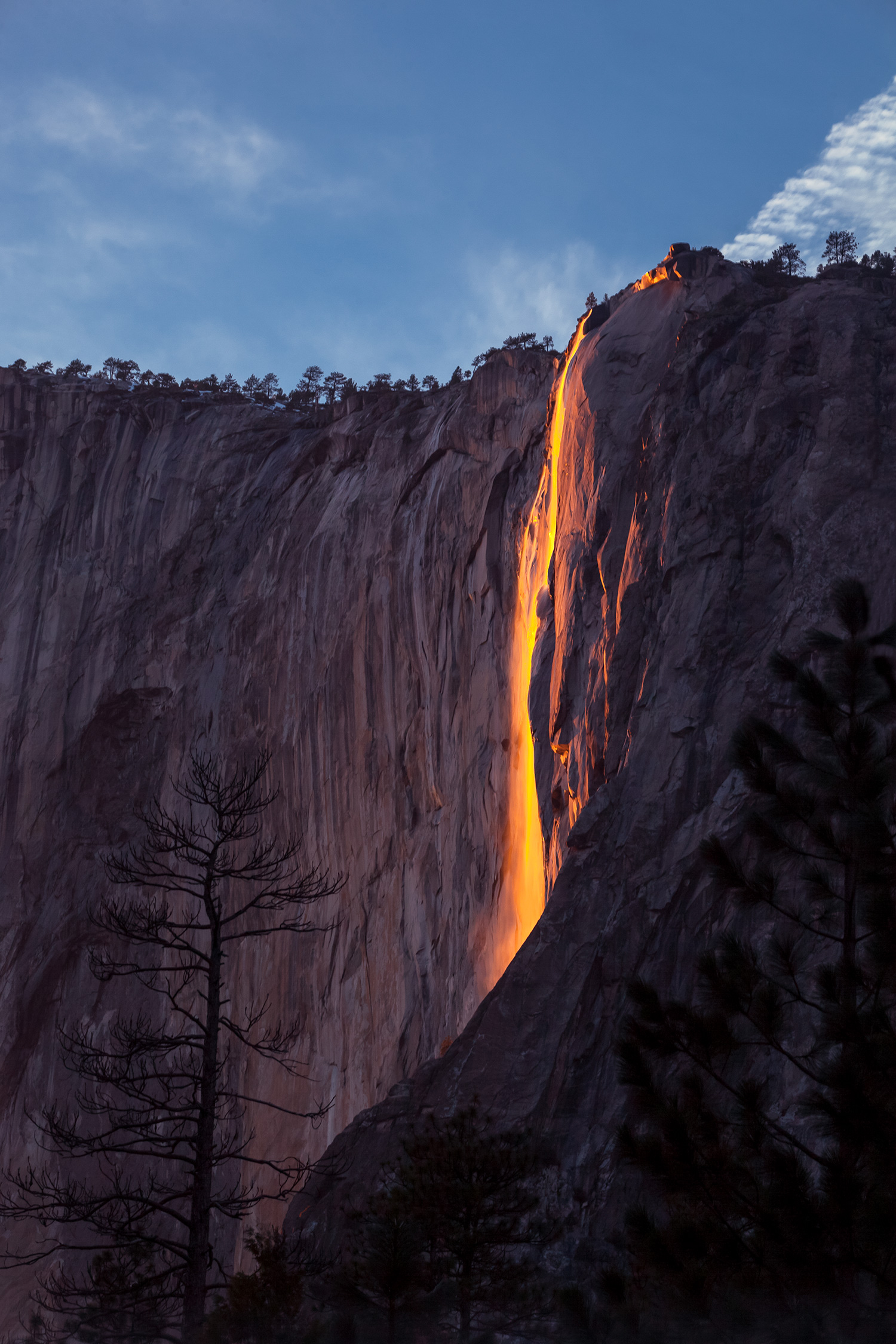 EDITOR’S NOTE – This year (2018) Yosemite has instituted a parking permit requirement for those who wish to park closer to the prime viewing areas. For more information, visit https://www.nps.gov/yose/learn/news/yosemite-national-park-announces-pilot-program-for-horsetail-fall-event-february-12-26-2018.htm.

Every February, if the conditions align just right, a phenomenon known as “Fire Fall” occurs in Yosemite National Park when the sun sets at the perfect angle on a seasonal waterfall called Horsetail Falls near El Capitan, illuminating the water and surrounding granite walls to create the effect of flowing lava. Photographers line up from day break to stake their claim to what they believe to be the prime real estate for photographing this event. Last year, because of some simple planning I was able to capture a great photo of the Fire Fall without having to spend all day lined up. Here are 9 tips to help you come away with a nice shot of the fire fall:

If you have any questions, feel free to shoot me an e-mail at devon@heyguystudios.com and tag me on Instagram (@heyguystudios) so I can check out your shots!! Happy Fire Fall hunting!

This entry was posted in Uncategorized.